Let’s talk about why sending previously self-published books to literary agents (or publishers) may not be the best idea.

As you are probably aware, there is no “right” or “wrong” way to go about publishing. Meaning, you can self-publish books, send unpublished manuscripts to agents, you can publish with an indie press… There are so many (great) publishing options in 2019 that weren’t available in previous years.

>> Check out my previous blog, How Should I Publish My Book?, to learn more about the publishing paths available to you.

In addition, with so many high-quality books being self-published, the stigma around this publishing path has been slowly fading over time. Though, I wouldn’t say it’s gone away entirely (yet).

However, there is one persistent question I see in the comments for almost every YouTube video I publish, and that is: “Can I query a book I’ve already self-published?”

The short answer is: No. Or, I don’t recommend it.

The long answer is one I’m going to attempt to get into today.

When I worked at the literary agency, the authors who queried me with a self-published project usually were querying that manuscript because the book didn’t sell well.

If a book didn’t sell well—meaning, readers had a chance to check out the story and decided they weren’t interested in it—why would industry professionals be interested in that book (again, if readers weren’t)?

The role of a literary agent is to find books they think they can sell to editors at publishing houses. Agents only make money when an author does. Once a book is sold, agents take a fifteen percent cut of what the author makes. (And good agents earn that fifteen percent!)

The role of an editor is to find books they think they can sell to readers. They want to find a fantastic story that they think they can edit, package, market, and hopefully make a profit on. If publishers don’t make money on the books they publish, they will have to downsize or eventually close their doors.

Therefore, if you have previously self-published a book that didn’t sell… well, most publishers won’t be interested in it for that very reason.

The typical response I get to this is: “BUT BUT BUT I’m not good at marketing. If this book had been traditionally published and had marketing support, it would have sold better.”

Perhaps. But, then again, perhaps not.

While a good marketing strategy can absolutely help spread the word about a book, it’s not just about marketing.

Publishers considering whether or not they want to purchase a book will look at:

Most publishers also want rights to first to market. Meaning, they want to be the ones to introduce a story to the world. By an author previously self-publishing a title, the book has lost its “newness.” People have had a chance to see it. If they didn’t purchase it before, why would they purchase it in two+ years after a publisher has published it?

In addition, even if a book is published traditionally, authors are still expected to participate in the marketing efforts. A common misconception writers have about traditional publishing is that they only have to write stories and the publisher does the rest (including marketing). While that may have been true in the past, it’s no longer true today. Therefore, if the book didn’t sell well before (with your marketing efforts), why would publishing it now be any different?

Now, if a book performed well and sold many copies, you will likely have agents and/or editors knocking at your door (without having to query them). Don’t forget that publishing is a business. Publishers are always looking for books that will earn them a profit. If a self-published book is selling thousands of copies, all bets are off for everything I said before. Again, if a title is doing well, industry pros will likely be coming to you (rather than the other way around).

An alternative approach to querying a previously self-published title would be to write a new manuscript and query that. You can always write another book and send it to literary agents in the hopes of getting it published traditionally (should that be the publishing path you’d like to pursue). Just because you previously self-published books doesn’t mean you can’t traditionally publish titles later on. (Hello, hybrid publishing!)

It’s always going to be sticky territory (and likely a big fat “no thanks”) if you try to garner interest from a literary agent (and ultimately a publisher) on a title that has already been published.

*Please Note: This conversation doesn’t apply to self-published authors who work with literary agents for foreign rights and sub-rights. Everything mentioned above is geared toward authors who want to remove a book from the market (for example, North American, English rights) and try to sell those rights to a publisher. 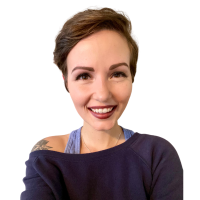