An anonymous SOS is sent out to the secret hideaway of the last rebel group, Safe Haven, who are in a fight for their lives against the tyrannical New Government. Two important details on the SOS catch their attention: one of their leaders, Paul, has been captured, and a cure has been found for the virus that has contaminated almost two thirds of the Earth’s population. At the end of the SOS are the coordinates to an unknown location a few miles off the east coast of North America and a warning: SEND HELP NOW.

Perseverance is told from the view of Paul, a twenty something year old with more responsibility and guilt on his shoulders than one person is capable of handling. As the co-leader of Safe Haven, he’s done the one thing he vowed would never happen to him: he got caught. Even worse he accidentally took an innocent female civilian along with him for the ride. Now Paul has to decide between saving the life of this innocent woman, and appeasing his inner demons, or risk the life he built for himself, and everyone else, at Safe Haven. There’s only one catch: the longer Paul takes to make a decision, the more time his enemy has to carry out the final step of his plan to take away the free will of every remaining human on the planet.

Perseverance was originally written as the sequel to Existence (published by Netherworld Books in August 2016), but it is able to stand-alone as a novel with series potential. It is complete at 73,000 words for young adults who enjoy horror, post-apocalyptic sci-fi, and paranormal fiction that reflects a plot and tone similar to that of THE BANE (book one in the EDEN TRILOGY) by Keary Taylor and ALL OUR YESTERDAYS by Cristin Terrill. Perseverance also blends the tension of the Triwizard Tournament trials in HARRY POTTER AND THE GOBLET OF FIRE with the exploration of the maze in THE MAZE RUNNER to keep the reader on his/her feet wondering how the protagonist will make it out of The Facility alive.

THANKS FOR PARTICIPATING IN IWRITERLY‘S QUERY HACK!

IF YOU WOULD LIKE TO BE CONSIDERED FOR A QUERY HACK CRITIQUE, SUBMIT YOUR QUERY HERE AND YOUR TWITTER PITCH HERE. 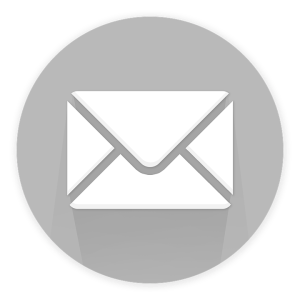 Grab Your Copy of The Cyborg Tinkerer