Thanks so much to everyone for your responses to my poll on Twitter, asking if you would be interested in query critiques. With an almost unanimous YES from everyone, I’ve now launched our new iWriterly query critique platform, Query Hack. As part of iWriterly‘s mission to give back to the writing community, I will periodically post blogs and videos, critiquing individual queries and providing recommendations for areas of improvement.

If you would like your query to be considered for our critiques, you can submit here.

Thus far, I’ve received quite a few queries (WOOHOO!). Although I won’t be able to critique all of them, writers are welcome to submit ONE query per manuscript to be considered for a feature on Query Hack (either a blog post or video on iWriterly).

Without further ado, let’s jump to the first query.

“Siblings” and Designer Kids Cal and Sephrim are no strangers to living life on the run. As escapees from the Washington DC Designer Kids Lab, the two are forced to join with a band of criminals known as the Cades to stay hidden, and even more importantly, to stay alive.

Being on the run from the Slinger soldiers takes a back seat when Hellen Jacobs, a sadistic terrorist, kidnaps Cal with the intention of starting an international incident, using her as the weapon.

With his “sister” in the unstable hands of a kidnapper, Sephrim is left with no other option than to turn to Felix Cade, one of the city’s crime lords, to aid in Cal’s rescue.

Together, Cal and Sephrim must navigate an underground railroad for designer kids, an implanted kill switch in Cal’s noggin’, and a doctor hell bent dragging them back for more testing.

I have a Bachelor’s of Arts in Creative Writing from Texas A&M University and have been published in a non-profit magazine.

Thank you for your time and consideration.

THANKS FOR PARTICIPATING IN IWRITERLY‘S QUERY HACK!

IF YOU WOULD LIKE TO BE CONSIDERED FOR A QUERY HACK CRITIQUE, SUBMIT YOUR QUERY HERE AND YOUR TWITTER PITCH HERE. 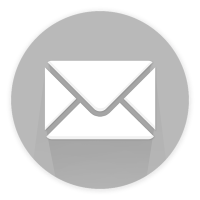